Damian performed many characters including the ‘fun’ Skeksis known as The Heretic (voiced by Andy Samberg) and the sentient rock construct, Lore. He also performed with YouTuber Barnaby Dixon to bring to life one of the show’s most iconic sequences; the puppet-show-within-a-puppet-show.

“Working as a core puppeteer on ‘The Dark Crystal; Age Of Resistance’ has been the creative experience of a lifetime. Executive Producers Lisa Henson and Halle Stanford’s determination to use traditional puppetry is at the heart of the magic and charm of this series. Director Louis Leterrier has raised the bar for the art form by challenging us to create seemingly impossible performances with practical puppets and full-scale sets. ‘The Dark Crystal; Age Of Resistance’ is a master class in combining the old filmmaking techniques with the new and oozes the finest craftsmanship from all departments. The most exciting part is waiting to see who will be inspired by this series to be even more ambitious with puppetry in the future”.

‘As power-hungry overlords drain life from the planet Thra, a group of brave Gelfling unite on a quest to save their world and fight off the darkness.’

The world of ‘The Dark Crystal’ began with Jim Henson’s groundbreaking 1982 movie, which he co-directed with Frank Oz. Jim Henson had been, until that time, known primarily as the genius behind the Muppets, and this fantasy adventure feature, the first to have an all-puppet cast, marked a turn to more realistic characters and creatures.

From inception to release, ‘The Dark Crystal’ was seven years in the making and has since gone on to become a cult classic around the world. Visually conceived by Character and Costume Designer Brian Froud, Thra, the setting for this epic story, is teeming with characters brought to life by Jim Henson’s Creature Shop, including Gelfling heroes, villainous Skeksis, wise Mystics, and a host of original creatures. Jim Henson’s unique vision was – in his own words – the hardest thing he ever worked on, describing it as “a work of art” and “the one that I’m most proud of.”

The world of Thra is dying. The Crystal of Truth is at the heart of Thra, a source of untold power. But it is damaged, corrupted by the evil Skeksis, and a sickness spreads across the land. When three Gelfling uncover the horrific truth behind the power of the Skeksis, an adventure unfolds as the fires of rebellion are lit and an epic battle for the planet begins.

At the heart of our upcoming new Netflix series is traditional puppetry – dozens and dozens of beautifully handcrafted creatures brought to life by talented people. These performers are unseen – just out of the camera’s frame, or removed with CGI – but they are the heart of Thra. We’re proud to introduce our puppeteer cast for The Dark Crystal: Age of Resistance. 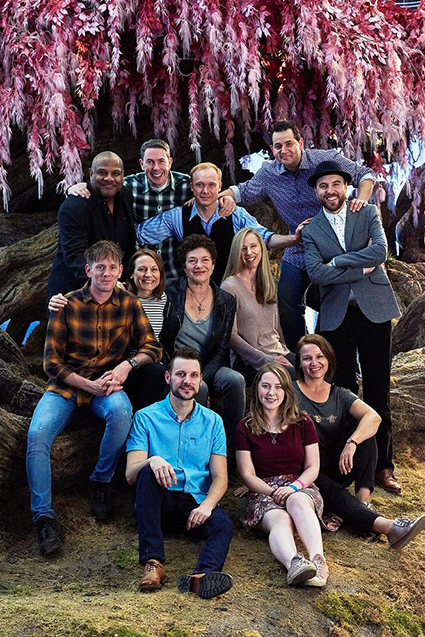 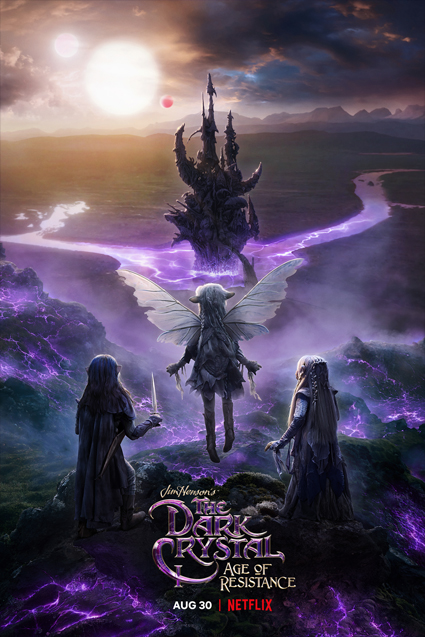 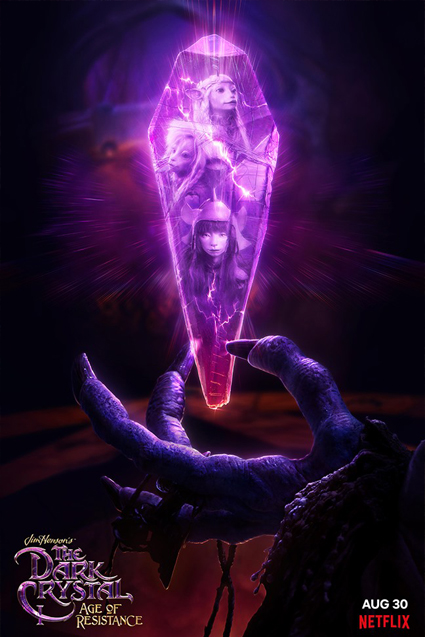