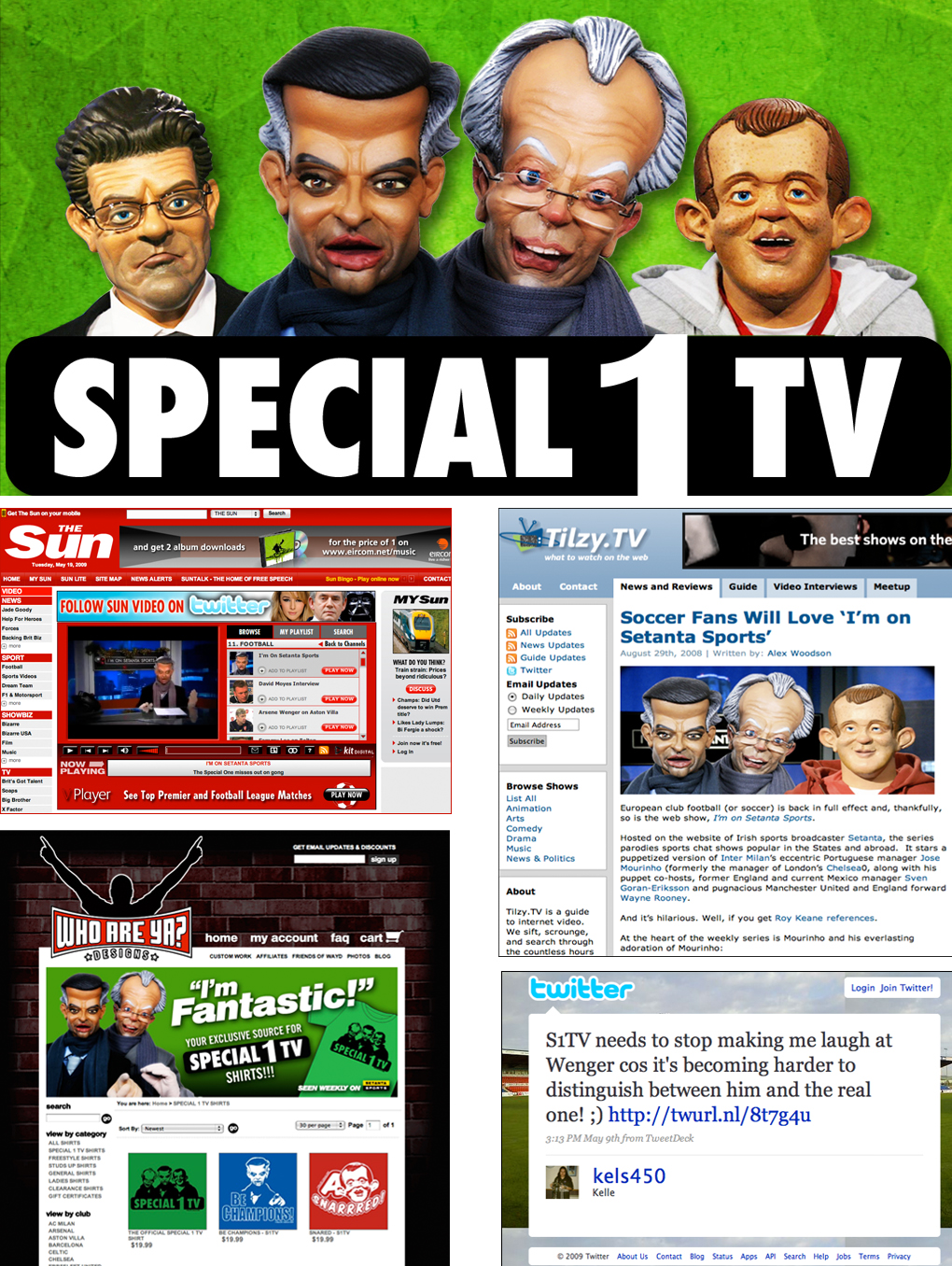 We love puppets. And we love football. So we developed Special 1 Tv; a topical-puppety-football series that has won the hearts of football fans all over the world. Originally known as ‘I’m On Setanta Sports the show features the comedic talents of one of Ireland’s most successful impersonators; Mario Rosenstock.

‘S1TV’ was born on Setanta Tv in 2007. Since then the puppet impressions of José Mourinho, Wayne Roonye, Arséne Venger, Fabio Capello, President Obama and Sven-Goran Eriksson have appeared in over 150 episodes airing on BBC3, Fox Sport in Australia, various channels in the US and worldwide on YouTube.

With fans shouting the show’s catch phrases like ‘Be Champions’ and ‘Do it’ at each other, it didn’t take long before ‘Get Me The Tank’ officially took it’s place in the urban dictionary. Yes really … the actual Urban Dictionary. Look it up.  An early José puppet is a permanent installation at The National Football Museum in Manchester.

Even the real José was quoted in the New York Times saying: “Yeah, it’s cool,” Mourinho said. “Even my family enjoy very, very much this kind of sketch where they make fun of me.”

The show received much acclaim for its ability to react to current headlines in the Premier League. ‘S1TV’ was highlighted by YouTube as an early case-study in how traditional content producers can use the platform to engage with an audience in some very unique ways. The show has won online awards and was also voted ‘TV Programme Of The Year’ by Hot Press Magazine.

In 2013, Betfair UK comissioned a short series of ST1V for their site. With José Mourinho back in charge at the bridge, one can only wait and see if he makes a dramatic return with ‘Special 1 Tv’ anytime soon …. watch this space. Or follow the Special 1 on Twitter right here.